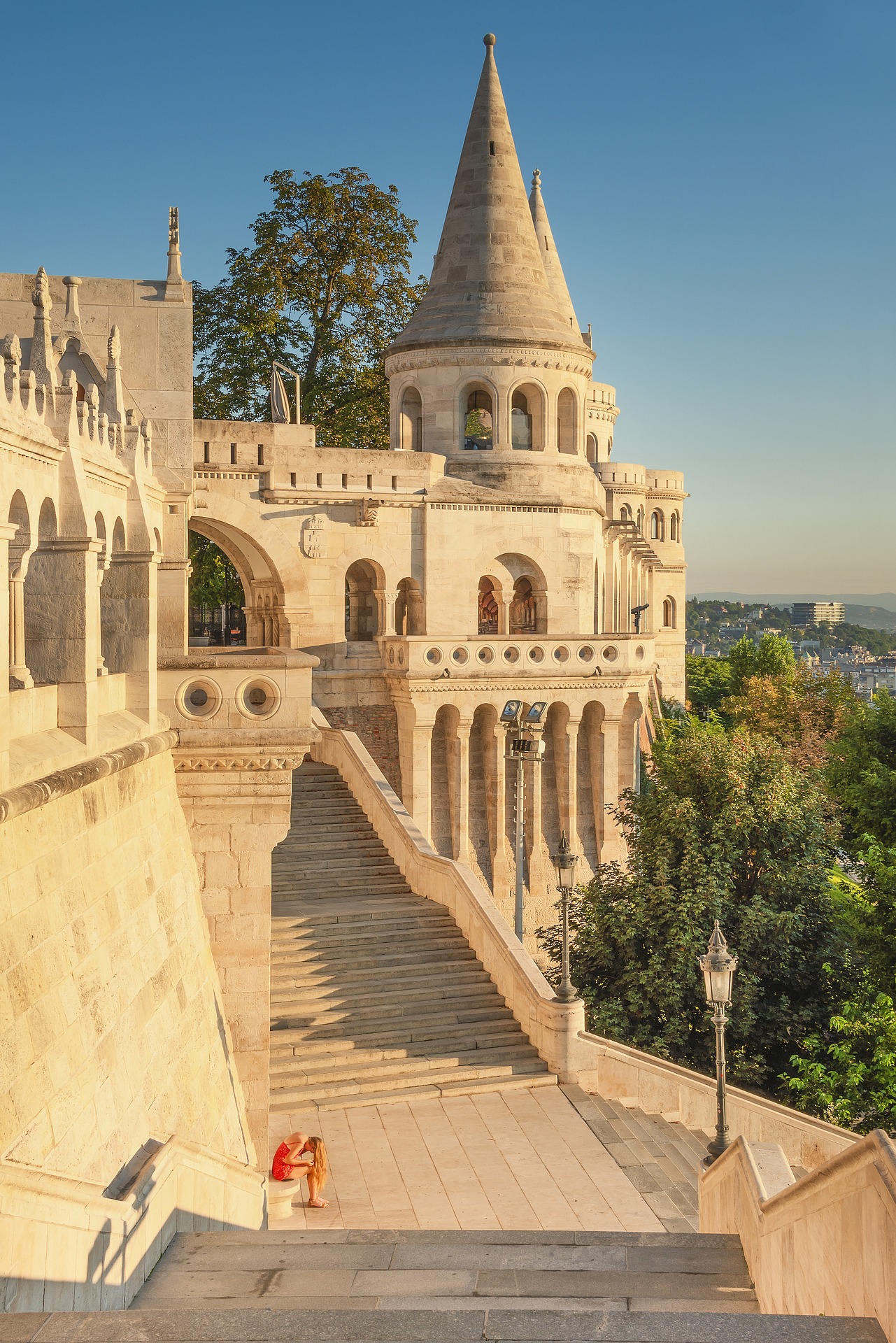 Through the ages the mystery and romance of the Eastern European countries have been magnets for travelers. Visit the home of Count Dracula for a personal glimpse of how the famous story began and has been perpetuated incredibly in the tranquil beauty of the countryside. Haunted castles of Romania, romantic serenity of the great Danube River and
exploration of the best wines of the region. Wine tastings paired with regional specialities. The magnificent architecture of ancient castles and cathedrals of the region. Friendly people, local hospitality combine to create an unforgettable experience. 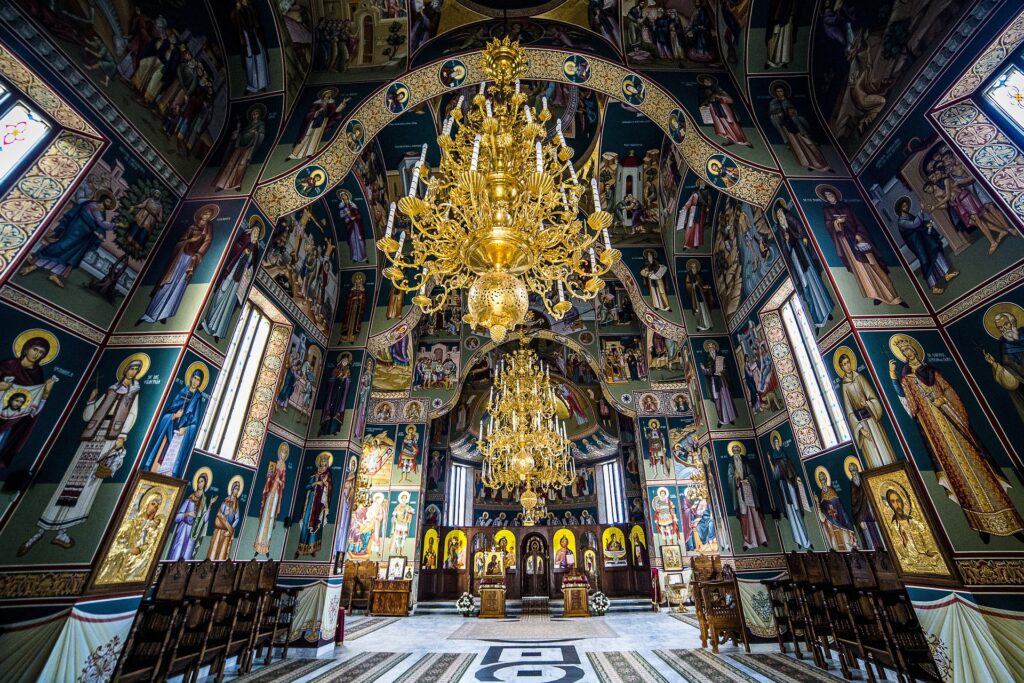 It's The Perfect Time To

Day 1: Arrival – Bucharest Meet the tour guide at the airport near Bucharest Transfer to Bucharest and sightseeing tour.

Dinner in a traditional restaurant in the Old Town of Bucharest

During a sightseeing tour you will get to know the city of Bucharest and its highlights as the Athenaeum, the former Royal Palace and the Triumphal Arch. A stop at Constitution Square is particularly worthwhile. Here is the famous House of the People, today the Parliament Palace, the second largest administrative building in the world. Transfer to the hotel. Check-in and dinner at
the hotel.

Breakfast at the hotel
Drive to Sinaia and visit of Peles castle, former royal summer residence
Drive to Azuga and sparkling wine tasting in Rhein
winery Check-in at the hotel

After breakfast, drive to Sinaia which is one of the most popular travel destinations in Romania, often referred to as the “Pearl of the Carpathian Mountains”. The Romanian king fell in love with the breathtaking landscapes of the nice city and had his magnificent summer residence built here at the end of the 19th century. The castle enchants its visitors with its decorations
and furnishings in Italian and English Neo-Renaissance, Moorish or Turkish style, Rococo and German or Austrian Baroque. Then you will head for Azuga for a tasting of sparkling wines at the historical Rhein cellar, the provider of champagne for the Royal House of Romania.
Drive to Poiana Brasov, check-in and dinner at the hotel.

Sighisoara is often referred to as the “Romanian Rothenburg”. The citadel has been listed as a World Heritage Site by UNESCO and is one of the few citadels in the world that are still inhabited. Even today, the city preserves a medieval atmosphere, as if one were displaced back in time. In the Old Town you visit the Clock Tower, the Birth House of Count Dracula and the Church on the Hill. Then drive to the wineries Petry from Calimanesti and Villa Vinea from Mica, both famous for their white wines. Return to Sighisoara and dinner at the hotel.

Sighisoara is often referred to as the “Romanian Rothenburg”. The citadel has been listed as a World Heritage Site by UNESCO and is one of the few citadels in the world that are still inhabited. Even today, the city preserves a medieval atmosphere, as if one were displaced back in time. In the Old Town you visit the Clock Tower, the Birth House of Count Dracula and the Church on the Hill. Next you go to the lovely medieval town of Medias for a very pleasant walking tour in the historical district. Drive to Jidvei for a tasting at one of the main wineries of Transylvania. Afterward drive to the winery of Ciumbrud to taste some of the best
Transylvanian wines. Go further to Alba Iulia which is the former capital of Transylvania. Here you can visit the largest Vauban citadel in Romania, the Union Cathedral – the Orthodox church where King Ferdinand of Hohenzollern and Queen Mary of Edinburgh were crowned, the Union Hall – the room where the union between Transylvania and Romania was signed in
1918, as well as the Roman Catholic Cathedral from the beginning of the 11th century, about as old as the Notre Dame Cathedral. In the evening you will arrive in Sibiu. Check-in and dinner at the hotel.

Breakfast at the hotel
Cty tour in Sibiu
Drive to Hamba, visit of a beekeeping and honey tasting
Drive to Sibiel, dinner with house wine and brandy at the locals

In the 12-th century the German Knights founded the city of Villa Hermani, today Sibiu or Hermannstadt. Your walking tour of the beautifully restored Old Town begins at the Grand Square, which is surrounded by colorful medieval buildings. The Catholic Church, the City Hall and the Brukenthal Palace are located here. Continue to the Liar’s Bridge and the Huet Square, where you can visit the imposing Evangelical Church. Free time for lunch. In the afternoon, drive to Hamba village. Romania is the fourth largest honey producer from the European Union and in a beekeeping, you’ll taste different types of honey. Continue to Sibiel.
In the village you’ll be invited by the locals for a traditional dinner with galore of house wine and brandy. Return to Sibiu.

This morning you drive to Hunedoara for the visit of the medieval Corvin’s Castle. It’s one of the most impressive fortifications of whole Romania and the perfect place to learn about the legend related to its name. Your next destination will be Turda with the most spectacular salt mine in the country. The visit is the occasion to understand the importance of this essential natural resource which was a royal monopoly in the past. Check-in and dinner at the hotel in Cluj.

In the morning you visit the city of Cluj, the unofficial capital of Transylvania. It was founded by the Romans and although it is a modern town, it still retains some medieval features. Take a stroll at the Unification Square together with your guide and discover the Catholic Church of Saint Michael – built in the 14th century in a Gothic style and the equestrian statue of the Hungarian King Matthias Corvinus. The oldest house in town is the one where according to tradition the king was born. Drive to Oradea, one of the main destinations for the Art Nouveau architecture in Romania. The walking tour includes the Square of the Union, the Ferdinand Square and the pedestrian street with its series of Art Nouveau palaces. After some time for lunch, drive to Debrecen passing the border between Romania and Hungary. Here the Romanian guide will thank you for the visit. Meeting with the Hungarian guide in Debrecen, check-in and dinner at the hotel.

Start your day with a short sightseeing tour in the second biggest city of Hungary, Debrecen. Visit the Great Calvinist Church and hear about the history of the main square. Then drive to Tokaj wine region. Disznókő, acclaimed as one of the most important sites for the production of Aszú wine in the Tokaj region, is a unique tract of land, cultivated with local noble grape varieties, mainly Furmint. Here the visitor has a view over this historic wine region, declared a World Heritage Site by UNESCO in 2002. The visit continues to the cellar. Then you head for a wine tasting in the cellar named after the Rákóczi family in remembrance of their rule over the town of Tokaj in the 17th century, when the cellar was first mentioned in writing. The golden treasure of Tokaj has been guarded in this cellar for centuries. The lucky few, who have the honour to taste their wine, are certainly treading in the footsteps of kings, princes and high noblemen, who would surely exclaim while savouring the Tokaji Aszú, ‘This is the Wine of Kings – the King of Wines indeed!” Check-in and dinner at the hotel in Toka .

Breakfast at the hotel
Drive to Eger and city tour
Drive to Noszvaj and wine tasting with lunch at the Thummerer winery (minimum 8 pax), closed on Mondays and Tuesdays
Drive to Budapest and city tour including the Mathias Church, the Fishermen’s Bastion and the Saint Stephen’s Basilica

Start your day with a transfer to the city of Eger, famed for the red wines produced in the surrounding hills. Visit the Cathedral with the biggest organ of Hungary, built at the end of the XIX century, then visit the fortress, a protected historical monument with the underground fortification system, and the needle-like Minaret left behind by the Turkish in the 17th century.
Drive to Noszvaj where the family business of Thummerer Cellar has been engaged in viticulture and winemaking since 1984. They make their wines, champagnes and “pálinka’s” from the fruits of 100 hectares of their own planted vineyards located in the Eger Wine Region.
Budapest is a truly cultured, truly European City – with the Danube, the ring boulevards, the many eclectic and revival buildings, it is pearl of Europe. Discover the Pest Side first: Through the elegant Andrassy Avenue reach the majestic Heroes’ Square with the famous “Millennium Monument”. Then move on to the city park and pass by the Vajdahunyad Castle, the Museum of Fine Arts and the Szechenyi Baths. Then see the 2nd largest Synagogue of the world as you drive to the Danube river. When crossing the river and reaching the Buda side, you will have a fantastic view of the city from the Fisherman’s Bastion, which will give you an
impression of this unique city which lays on both sides of the Danube with its numerous bridges and its impressive Parliament building, the 3rd largest in the world. This is a good opportunity to buy souvenirs. Check-in and dinner at the hotel.

any Items not specifically mentioned above.